We have some great news coming from the USA. Dr. Joshua Berka NMD, attended the Experimental Biology (EB) Conference in San Diego, CA (April 2016) to explore the most current scientific research in the field of Microcirculation. While Microcirculation was only a small part of this year’s EB Conference, there are exciting discoveries that are being made, allowing for a deeper understanding of the microvasculature and its function. Blood Cell-Microvessel Interactions have been of great interest over the years in research and continue to be at the forefront of research. Dr. Klaus Ley, MD and his team at La Jolla Institute for Allergy and Immunology presented their latest findings related to the role of adhesion molecules in neutrophil mobility within the vessels. His team studies inflammation and the cells and tissue involved with the process. The roles of adhesion molecules in acute and chronic inflammation have been investigated using both in vitro and in vivo models. Klaus states, “The ultimate goal of the research is to develop methods to control negative side effects of inflammation by influencing leukocyte adhesion to the endothelium”. Alan Burns, PhD and his team from the University of Houston followed up by presenting a deeper look at the contributions of microvascular inflammation in wound healing.

Throughout the conference, there were various presentations on signal integration and microcirculatory blood flow control. One thought provoking presentation was delivered from Steven Segal, PhD., from the University of Columbia, titled How does Blood Flow and Where to Go. “Our research is focused on understanding the control of tissue blood flow in light of how oxygen delivery increases in response to metabolic demand”, says Segal. His team studies the molecular physiology of vascular cells using methods such as electrical and optical monitoring of cell signaling and intravital video microscopy.

A true pioneer in the field of microcirculation was also present at the EB conference. Dr. Ivo Torres MD, PhD is a research physiologist in the Damage Control Resuscitation Program at the US Army Institute of Surgical Research in Houston, TX. Dr. Torres was involved in the early research of microcirculation and vasomotion. He and his team studied “bat wings” to learn more about vasomotor function and its involvement in micro-hemodynamics. He was presenting his most recent research and the role of the endothelial glycocalyx in maintaining function and structural integrity of the vasculature.

An emerging area of interest among researchers is the role of pericytes in maintaining circulation. Pericytes are contractile cells that wrap around the endothelial cells of capillaries and venules. These cells are embedded in the basement membrane where they communicate with endothelial cells of the microvessels by means of both direct and paracrine signaling. There is increasing evidence (although controversial) suggesting that pericytes may regulate blood flow at the capillary level. In the brain, it has been reported that neuronal activity increases local blood flow by inducing perictes to dilate capillaries before upstream arteriole dilation occurs. Amanda Pellowe, of Yale University, presented the most recent research on the regulation of Percyte contractility decreasing barrier function during inflammation. “The more I study these cells, the more intrigued I become with what they do”, says Pellowe.

Microcirculation remains a field of study that affords opportunity to gain a deeper understanding of how blood flows and how it is regulated. While many of the mechanisms that control microhemodynamics remain elusive, scientists and researchers continue to study the structure and function of our microvasculature to better understand the details of how blood flows and where it goes. 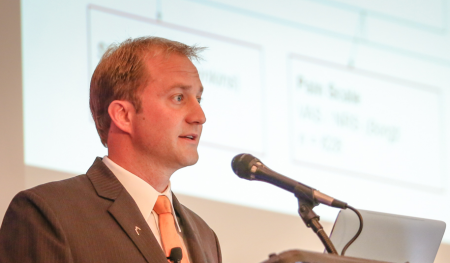