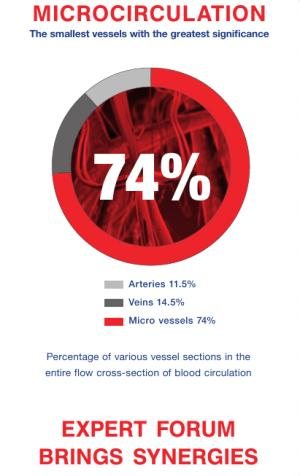 Dysregulation of tissue perfusion and its consequences.

The transport phenomena of material exchange between blood and tissues as well as the first steps of cellular and humoral immune reactions are realized in the area of microcirculation, the area of the smallest blood vessels and lymphatics. This is the area of the microcirculation of human blood circulation (arterioles, capillaries, venules, initial lymph), which is therefore the most important functional part of the circuit. The efficiency of the nutritional and immunological benefits determines the functional state of organs and the body’s defense mechanisms. Due to various pathological changes in the flow properties of the plasma-blood-cell mixture and its flow conditions in the microvascular networks, limitations or interference of the local as well as the neural and humoral regulation of organ perfusion can occur, which result in reduced or impaired organ function and an increased susceptibility to infection of the organism results. 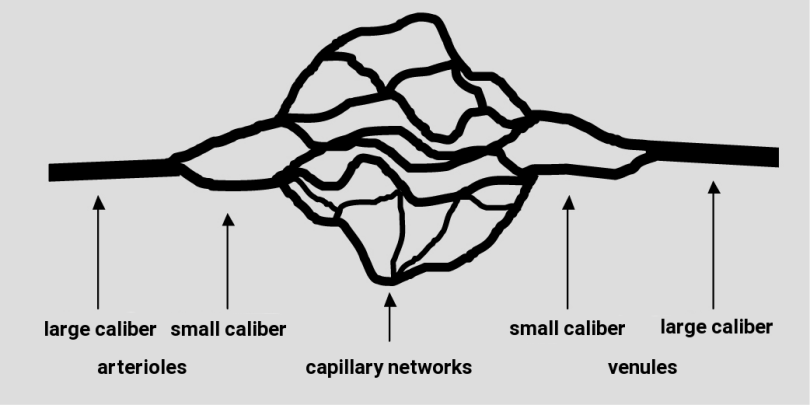 Since causal drug treatment of many of these disorders is not known, complementary therapeutically effective treatment options are of great importance, among other things. New research findings have shown that an effective non-pharmacological influence of impaired vasomotor processes is possible and in this way, the limited standard width of tissue perfusion can be expanded to a complementary therapeutically relevant extent. 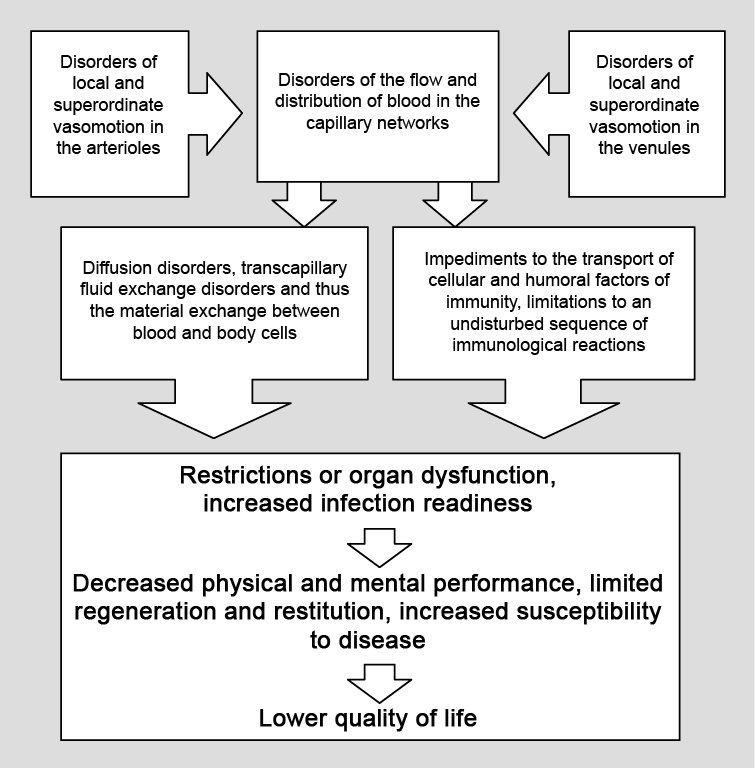 The aim of the research is to stimulate non-need-based regulation of organ blood flow so that the body’s own mechanisms of blood flow regulation can be restored to the position of largely resolving the limitation or disorder of microcirculation at the very least.

With kind approval Institute for Microcirculation