Dr. Joshua Berka, a medical and scientific advisor for IMIN, attended the Experimental Biology (EB) conference in San Diego California. The conference was full of new and interesting research and hosted over 14,000 scientists worldwide with multiple disciplines represented. As a member of the Microcirculation Society (MCS) in the USA, Dr. Berka’s focus at the EB conference was in the field of Microcirculation. While Microcirculation had only a small representation at the conference, there are exciting discoveries that are being made within the field, allowing for a deeper understanding of the microvasculature, its function, and the intimate interrelationships it has with other systems of the body.

Microcirculation is intimately involved with virtually all functions of the body. Therefore, it is not a surprise that researchers are continually discovering new links and connections with both the lymphatic system and interstitium. The fluid matrix that surrounds the vasculature is proving to play a more vital role than ever suspected in the past.

Dr. Walter Lee Murfreesboro, a researcher from Tulane University, presented his latest findings, outlining the interrelationships with the lymphatic and microcirculatory systems as it relates to angiogenesis and lymphangiogenesis. While cellular dynamics form the structure for the modeling and remodeling of microvascular networks, it has been just recently discovered that it is imperative to maintain functional oscillatory rhythms that may be related to vasomotion. Vasomotor dysfunctions have been associated with many diseases including lymphatic congestion and edema. The team concluded that without healthy oscillatory pumping through the lymphatic channels, the formation of structural valves that inhibit “back flow” are less present and not expressed genetically. This theoretical model may play an important role in how we research the lymphatic/microcirculatory system in the future. The work in his laboratory will provide valuable insight for the engineering of functional vascularized tissues and to deepen our understanding of vascular dysfunction associated with an array of pathological conditions.

This was the title of a presentation by Song Hu, PhD from the University of Virginia. Dr. Hu and his team use Photo Acoustic Microscopy (PAM) to measure oxygenation (sO2) and blood flow. He found that there was an increased incidence of cerebrovascular permeability found in obesity and detrimental effects associated with microvascular function when subjects were under anesthesia. Decreased cerebrovascular reactivity, decreased myogenic response, decreased vasomotion, and impaired micorcirulation were all found to be related to individuals under anesthesia. PAM will be used for future studies to explore the effects of Traumatic Brain Injury (TBI) and medical interventions to reestablish function.

Pericytes continue to be a hot topic of discussion as their cryptic function becomes more understood. Angelica Gonzales, PhD, from Yale University discussed the manner in which the microvessels serve as guidance for neuronal stem cell migration.

In another presentation, teams from the biomedical engineering department of Florida International University and the University of Calgary’s departments of physiology and biophysics presented a model that would explain the role of pericytes in microvascular electrophysiology. The researchers state, “Pericytes can act as an electron sink or amplifier of conducted hyperpolarization which could result in changes in blood flow distribution in the vascular network. This signal propagation is analogous to the function of the nodes of Ranvier in neurons”. In essence, pericytes are proposed to act like transistors of the vessels to transmit electrical over hundreds of kilometers of vessels.

Dr. David Gutterman, PhD, was the proud recipient of the Landis award to be recognized as an outstanding investigator in the field of microcirculation. Dr. Gutterman provided an epic lecture titled, “Following the yellow brick road toward a better understanding of human arteriolar function requires courage, heartfelt collaborations, and presence of mind”.
He led with a brief history of the evolution and progression of knowledge in the microcirculation field and where we stand today. He acknowledged the courage and tenacity of researchers that have come before and those currently at work in the scientific and medical fields today. Dr. Gutterman also pointed out the importance of researchers working together to gain further understanding of how blood flows and where it goes. No-one person can do it alone. It is a collaborative effort. This was all eloquently outlined with reference to characters from the movie, The Wizard of Oz (Dorothy, Scarecrow, Lion, Tin Man). 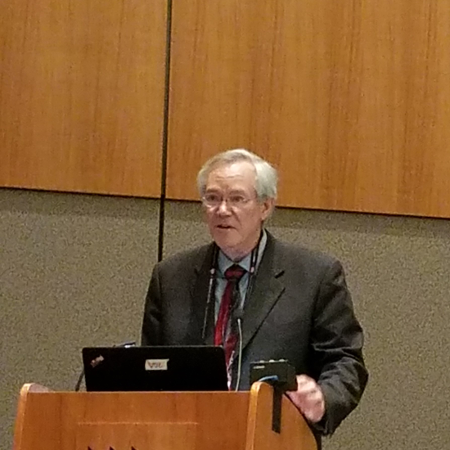 Dr. Gutterman ended his presentation with saying, “we must have presence of mind”, “we must expect the unexpected”. This is the space where we dare to dream of possibilities and that keep us on the edge of scientific discoveries.

It was noted that Dr. Gutterman had more references to his review paper The Human Microcirculation: Regulation of Flow and Beyond, than any other researcher referenced in the field of microcirculation over the past year. 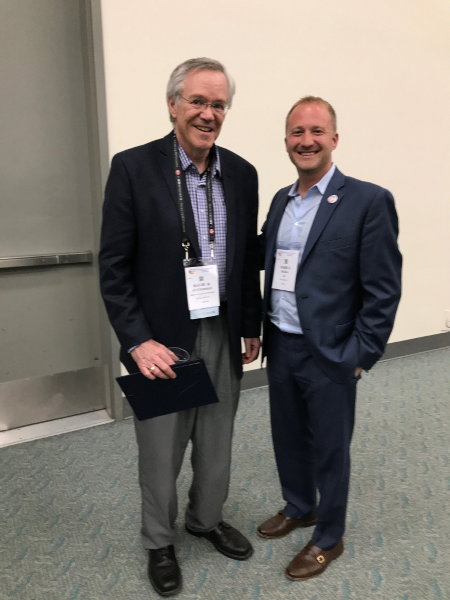 You are a leader and paradigm shifter.